I tried something different with this last month, but I really didn’t like the format. So I’m going back to making my monthly reading list a separate post again, with one big change. I’m not going to post the description and a sentence of why I liked or didn’t like it. I’m actually going to write a short review. 😀 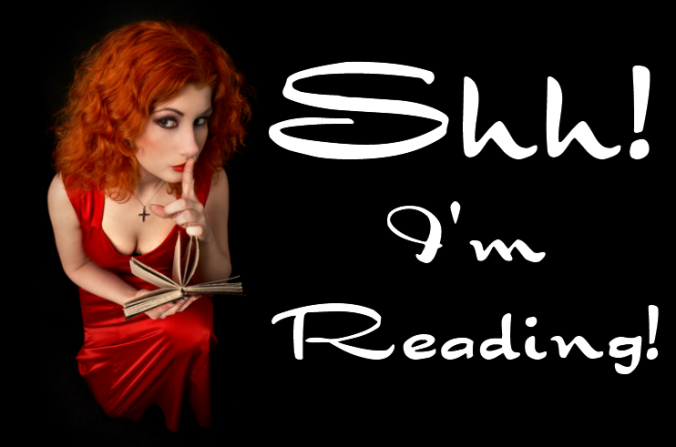 I spent the first week of February doing a lot of reading while I tried to figure out what was wrong with my current works-in-progress. Below are the five books that I like/loved enough to recommend. There were another four stories that I read, and while I found them interesting, they are not something I would recommend.

Chained (Brides of the Kindred, 9) by Evangeline Anderson

You know those moments in life when you do something good for someone else because it’s right, only to watch it backfire in every way imaginable, but in the end it all turns out good, or even better than you thought it might. That is this story.

Maggie is on a routine mission to Gaia for research, only the ship she’s on needs to make a detour to female dominated Yonnie Six to drop off a package. It only goes down hill from there when Maggie decides to rescue a slave from certain death. Only Korexiroth, or Kor, is far more dangerous than she believes and he is not about to abandon Maggie after she saved him. Only problem is every turn they make brings them closer together and into deeper and deeper trouble. There was a point when I was afraid that the characters wouldn’t get over their past issues and would be miserable forever without the other.

Divided (Brides of the Kindred, 10) by Evangeline Anderson

So I read it and I found that I liked it more than I thought I would. Becca is about to take her vows as a nun when she accidentally eats some very potent aphrodisiac cake and with the help of twin kindred warriors survives the ordeal. Only now she’s falling hard for the brothers who were separated at birth and believes she needs to choose between the two brothers who hate each other and refuse to share her as Twin Kindred do. It doesn’t help when something evil threatens to destroy all the Kindred protecting Earth and Becca, Far, and Truth are sent on a mission they believe will help stop it.

I was drawn to this book because if the tagline, “They killed him—now they are back for survivors.” I couldn’t pass up a hook like that.

From the start to nearly the end I was on the edge of my seat thinking “Who the Hell is this guy?!” Mobster? Police? Criminal? Agent?

Sophie Ryerson is a woman who survived a plane crash that should have killed her with one other person, Jack Laubreaux. He saved her life and then died of his own injuries. Ten years later, she sees a man who reminds her of Jack and she’s drawn him. Martin Stride is a drifter who just wants a job and a warm place to sleep for winter. Sophie offers him both and he knows he shouldn’t accept, but he can’t seem to make himself walk away. He’s tired of running away from what he wants.

Writing a Book in a Week: How to Profit with Self-Publishing by Alex Foster

This is one of those books that I ran across while searching for writing books and while I will probably never write a 65,000 word novel in a week, I figured it might have advice on writing faster and it did have a lot of it. Plus side, it’s a free read.

I love free books, especially when it comes from an unknown writer or it’s something I’m interested in but not sure if I want to spend my book money on. If I like their writing style, I don’t mind adding them to my wishlist for future book purchases.

I would suggest this book for writers getting started or who want to write faster but don’t want to spend the money on more expensive books.

I’ve been wanting to create a daily writing practice for years and this book condenses all the stuff that I have learned over the years in articles into one book. Kinda like a reference book for setting up your writing habit.

This is another book that I found for free and I really didn’t learn anything I didn’t already know, but I would recommend it to writers who are looking to find more time to write and put your writing time to good use, deal with the fear and limiting beliefs that holds you back, and give you a strategy to stick with your writing routine.

Looking for a Graphic Designer? Hire one today!