I thought I would start by telling you a little about my Muse. She isn’t the young, beautiful girl in a Greek toga, laughing and dancing in a meadow beneath a tree. She doesn’t have long blond or brown hair that swirls around her as she dances. And if you asked her what her sole purpose in life was, she’d laugh if you thought it was simple, fun, and free. She doesn’t sit around and inspire me to write all day, though there are times I wish she would– (smack) Ouch! That hurt!

It was supposed to. I’m not a bottle of 5-hour energy that you drink anytime you need inspiration. Show some respect. 🙂

But since becoming your Muse, any resemblance to those kinds of Muses ended in a bloodbath. If I had been a Greek muse I would have had to gouged my brain out or been committed to an asylum long ago. I know no one would believe if they read your stuff now, but you were one serious demented kid writer. Where did you come up with half that stuff.

Hey! This isn’t about me and my morbid teenage brain, this post is about you. Everyone got to meet Distraction and I thought some people might like to meet you.

Why? (Does not look convinced that this is true)

(shrug) Because some people like that kind of thing, by-the-way, what happened to your outfit. Last I saw you, you were wearing a Greek style dress with split up the sides for a peek and tease and a bodice so low-cut it didn’t hide too much, a black corset that nearly pushed your boobs out of the dress, a large Gothic cross, and army boots.

You look like a girl. (Muse glares threateningly) In a good way. Though how in the Hell are you going to defend yourself in that get-up– (smack) Okay! I get the idea, you’re still big and bad.

And you better not forget it!

8 thoughts on “Meet My Muse…Who FINALLY Returned from Vacation” 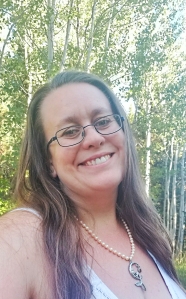 There is nothing better in life than doing what you love and love what you are doing!

As a multi-passionate creator, I wanted a place where I can share my love of crafts, reading, writing, wild crafting, and graphic design. I look forward to meeting another friend along this journey called life! 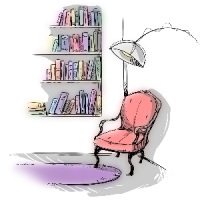 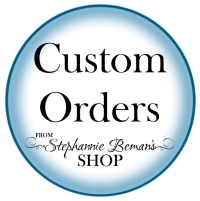